Our mission is to provide the best care and ABA services possible to the families we work with. Let's Get Started

As a result of relational frames such as I versus You, Now versus Then, and Here versus There, human language leads to a sense of self as a locus or perspective, and provides a transcendent, spiritual side to normal verbal humans. This idea was one of the seeds from which both ACT and RFT grew and there is now growing evidence of its importance to language functions such as empathy, theory of mind, sense of self, and the like. In brief the idea is that "I" emerges over large sets of exemplars of perspective-taking relations (what are termed in RFT "deictic relations"), but since this sense of self is a context for verbal knowing, not the content of that knowing, it's limits cannot be consciously known. Self as context is important in part because from this standpoint, one can be aware of one's own flow of experiences without attachment to them or an investment in which particular experiences occur: thus defusion and acceptance is fostered. Self as context is fostered in ACT by mindfulness exercises, metaphors, and experiential processes. 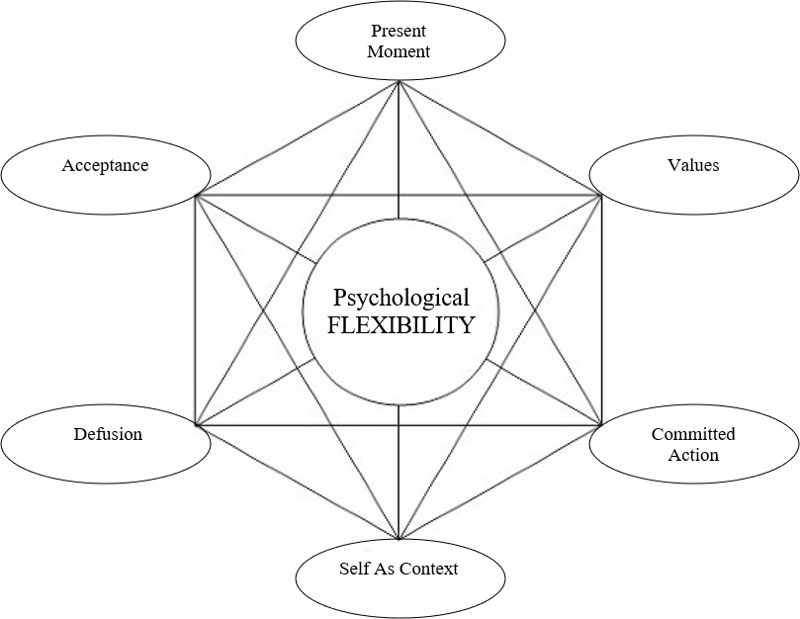