Our mission is to provide the best care and ABA services possible to the families we work with. Let's Get Started 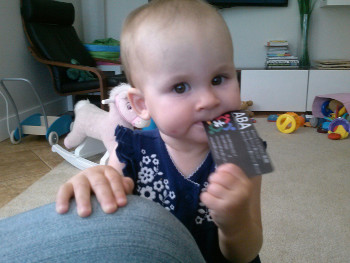 "I want the world to know that autism is not a tragedy, but a journey of learning and growing." – Zoey Roberts

Autism Spectrum Disorder is characterized by varying degrees of difficulty in social interaction and verbal and nonverbal communication, and the presence of repetitive behavior and restricted interests. This means that no two individuals with an ASD diagnosis are the same with respect to how the disorder manifests. However, the severity of the disorder is a reality for all individuals with this diagnosis and their families. Because of the nature of the disability, people with ASD will often not achieve the ability to function independently without appropriate, medically necessary treatment.

ABA is the design, implementation, and evaluation of environmental modifications to produce socially significant improvement in human behavior. ABA includes the use of direct observation, measurement, and functional analysis of the relations between environment and behavior. ABA uses changes in environmental events, including antecedent stimuli and consequences, to produce practical and significant changes in behavior. These relevant environmental events are usually identified through a variety of specialized assessment methods. ABA is based on the fact that an individual's behavior is determined by past and current environmental events in conjunction with organic variables, such as their genetic endowment and ongoing psychological variables. ABA focuses on treating behavioral difficulties by changing the individual's environment rather than focusing on variables that are, at least presently, beyond our direct access. 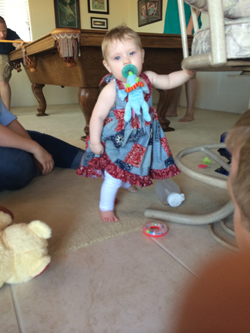 The successful remediation of core deficits of ASD, and the development or restoration of abilities, documented in hundreds of peer-reviewed studies published over the past 50 years, has made ABA the gold standard of care for the treatment of ASD.

Autism spectrum disorder (ASD) and autism are both general terms for a group of complex, brain development disorders. They are characterized, in varying degrees, by difficulties in social interaction, verbal and nonverbal communication, and repetitive behaviors. With the May 2013 publication of the DSM-5 Diagnostic Manual, all autism disorders were merged into one umbrella diagnosis of ASD. Previously, they were recognized as distinct subtypes, including autistic disorder, childhood degenerative disorder, pervasive developmental disorder – not otherwise specified (PDD-NOS), and Asperger syndrome.

What Does it Mean to be "On the Spectrum"?

Each individual with autism is unique. Many of those on the autism spectrum have exceptional abilities in visual skills, music and academic skills. About 40 percent have average to above average intellectual abilities. Indeed, many persons on the spectrum take deserved pride in their distinctive abilities and "atypical" ways of viewing the world. Others with autism have significant disability and are unable to live independently. About 25 percent of individuals with ASD are nonverbal but can learn to communicate using other means. Autism Speaks' mission is to improve the lives of all those on the autism spectrum. For some, this means the development and delivery of more effective treatments that can address significant challenges in communication and physical health. For others, it means increasing acceptance, respect and support.